Audrey Courty is a PhD candidate and researcher in the School of Humanities, Languages and Social Science at Griffith University, Brisbane, Australia. Her doctoral thesis investigates the role of social media in the mediation of right-wing populism in liberal democracies. The core analytical framework centres on political communication and digital media theories, while also intersecting with political science and international relations research.

Audrey has published in academic journals and books, and frequently writes op-eds for news media on digital media and extremism. She previously lectured in Islam, Media and Conflict (2611LHS), and Rethinking Journalism and Media (3025LHS) at Griffith University. She also delivered guest lectures for the Islam-West Relations program on Islamist terrorism, media coverage of terrorism, Islamophobia and right-wing extremism.

Audrey holds a Bachelor of Journalism with First-Class Honours from Griffith University where she specialised in Islamic Studies and Cultural Sociology. Her Honours thesis entitled ‘Blood and ink: The relationship between Islamic State propaganda and Western media’ critically examines how news media can unintentionally aid terrorists’ cause by reproducing Islamist narratives and allowing bellicose rhetoric to supersede fact-based reporting.

Audrey is currently a member of the Griffith Cultural and Social Research Centre (GCSRC) and the Journalism Education and Research Association of Australia (JERAA). She was on the JERAA executive board between 2018-2019.

Audrey spent her formative years in France, Turkey, Indonesia, China, and Canada. As a result of her mobile upbringing, Audrey’s work always brings a cross-cultural perspective and is sensitive to the particularities of various socio-political contexts. 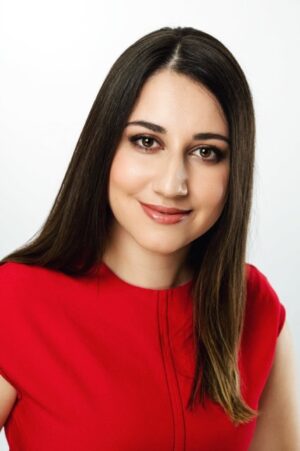