In the 1993 issue of Foreign Affairs, Samuel P. Huntington hypothesised that “the fundamental source of conflict in this new world will not be primarily ideological or primarily economic [but]…cultural”.

As the western culture gets increasingly challenged by groups within societies, more so by the extremist elements, the quintessential academic query whether ‘multiculturalism is dead’, as claimed by many western leaders and political commentators, requires a fresh scrutiny.

Amidst intensifying debate in Australia on multiculturalism, this initiative proposes alternative approaches in understanding factors that shape and reinforce multicultural construct of a society.

Adopting the comparative method it delves into the experiences of pluralistic societies that have defied their violent communal history to preserve and strengthen intercommunity relations.

This project will foster learning from Indian and Australian experiences. For instance, Banaras, the ancient holy city in India having witnessed communal riots in 1972, 1978, 1989 and 1990, has emerged as a symbol of Hindu-Muslim understanding and resilience. This makes a fascinating study for Australian academic, civil-society and government stakeholders.

A majority of the studies in Australia have focussed on the structural factors – historical/political discourses, and legal/institutional/administrative frameworks in deconstructing the multicultural debate, but largely ignored popular narratives, intercommunity experiences, community initiatives and demographic distribution (alternative approach).

The Bahusaanskritik Pehal or the multicultural initiative will explore the role of demography and demographic distribution; socio-economic interdependence; intercommunity interactions; and community initiatives in daily lives, and also during communal tensions. It also complements the Australia-India Strategic Partnership of 2009 and objectives of DFAT by promoting “understanding between Australia and India by developing in each country an appreciation of the quality, diversity and sophistication of each other’s arts and culture”.

As emphasised by the ‘Australia in the Asian Century White Paper, 2012, this initiative will generate greater awareness of Australia in India and vice versa, and stimulate academic, research, policy and community engagements between Australia and India through dialogues, workshops, joint research and community-based events.

The initiative is expected to generate fresh ontological debates on religion and pluralism as a source of peace and global understanding. 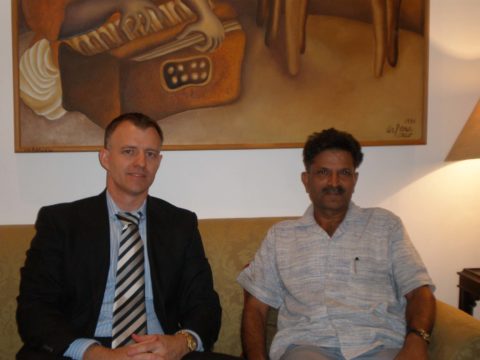 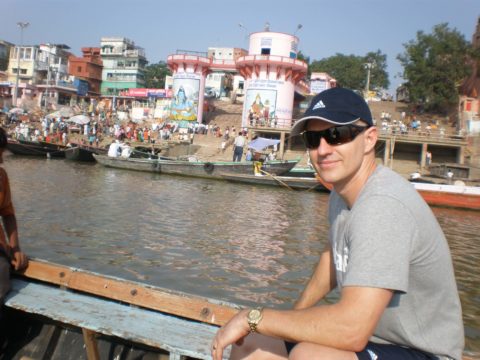 Stephen Ilidge in Varanasi, India for his research work 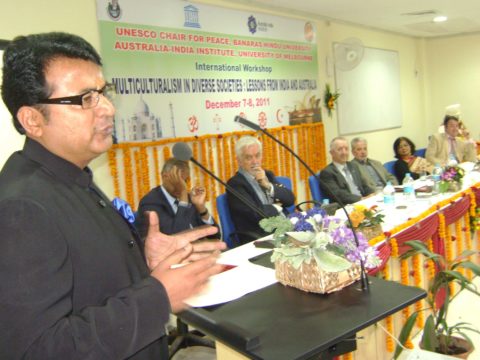 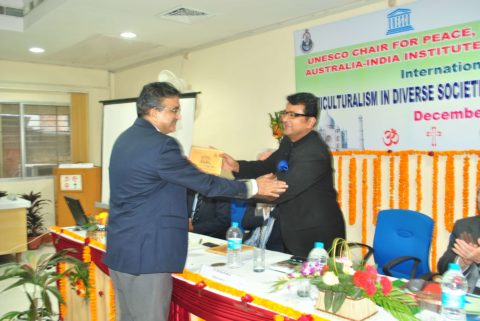 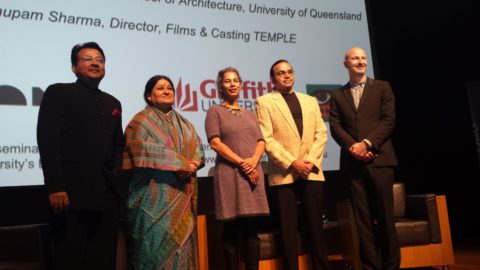 At the India festival in Brisbane with renowned vocalist Shubha Mudgal and film maker Anupam Sharma and other guests after delivering the vote of thanks. Courtesy: Griffith Asia Institute 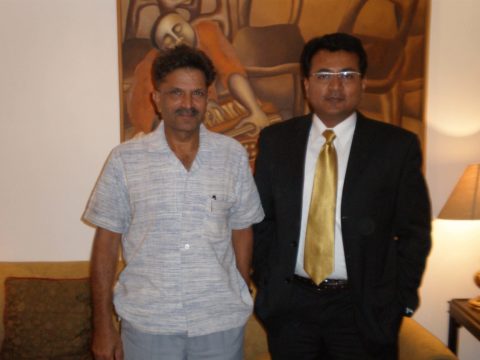 Feel Free To Us