Dr Ashutosh Misra is the CEO and Founding Executive Director of IAIE.

As a leading Indologist and Asianist in Australia, Dr Misra brings 38 years of lived experience in India including, undergraduate/postgraduate studies, doctoral research and policy analysis at a leading think-tank of the Indian Ministry of Defence. He is endowed with impressive cultural and language skills and fluency in Hindi and working knowledge of other Indian languages and dialects.

He has led India/South Asian related research projects at the Griffith Asia Institute (where he is affiliated with the India program), Australian Research Council Centre of Excellence in Policing and Security, Griffith Criminology Institute and T.C. Beirne School of Law, University of Queensland and has an impressive publication record in A-ranking journals, books, media outlets and security reports. His publications and lectures have shaped strategic thinking in both countries and instilled fresh perspectives into discussions at the Department of Foreign Affairs and Trade, Australian Defence College and National Security College and leading universities and think-tanks on India and South Asia. At his host institutions in Australia, he has built the critical bridge between policy-makers and academics and facilitated government interactions with South Asian delegations and provided India briefs to federal parliamentarians, utilising his regional, cultural and language expertise.

Dr Misra is a gold medallist in MA (history) from the Banaras Hindu University and was awarded the prestigious Jawaharlal Nehru Memorial doctoral award for 1997 and 1998 at the Jawaharlal Nehru University. After completing PhD, he was employed by the United Nations Leadership Academy in Jordan where he received a Special Letter of Commendation from Her Majesty Queen Noor al Hussein for displaying intellectual qualities, integrity, goodwill, dignity, discipline, selflessness and social concern.

During 2002-­07 at the Indian Ministry of Defence’s think-tank – IDSA, in addition to his research projects on India’s defence and security policies, he also provided data analysis and policy inputs to the Indian Parliament, Ministry of External Affairs, Ministry of Home and Ministry of Defence. Periodically, he accompanied government delegations in bilateral interactions overseas and was a visiting faculty with India’s defence and para-military establishment. He also provided briefs on South Asian affairs to key foreign missions, including the United States, United Kingdom, Australia and the European Union Delegation in New Delhi. 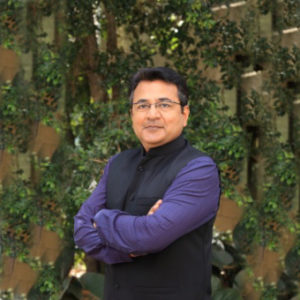