Matthew Hayden is IAIE’s Goodwill Ambassador for India and also a member of the IAIE Board.He is one of the most dominant and decorated opening batsmen in cricket history.  Recognized among the greatest sportsmen of the modern era, the ‘boy from Kingaroy’ first represented Australia at age 21.Feared by bowlers the world over, he played 103 Tests at the top of the Australian batting order, an integral part of an era when Australia ruled supreme. In a career spanning almost 15 years, he amassed more than 8,000 runs, including 30 centuries – some elegant and crafted, others simply bludgeoned and brutalized. Many a sports psychologists owe a goodly portion of their income to the anxieties caused by Mr. Hayden’s apparent contempt for their patient’s best efforts. His 549 runs at an average of 109.8 on a three-Test tour of India in 2001 remains a high point of Australian cricketing history. In 2003, his innings of 380 at the WACA surpassed Brian Lara’s then world record for the highest individual score by a test batsman. In 2006, Wisden, the game’s bible, nominated Matthew as the Test Batsman of the Decade.Playing 161 one-day internationals, M. Hayden was a pivotal member of Australia’s World Cup winning teams of 2003 and 2007. In 2007, the year he was named ICC One-Day Player of the Year, his highest ODI score of 181 n.o. set yet another Australian record. To quote ESPN cricinfo:

“Strength was Matthew Hayden’s strength – both mental and physical…Tall, powerful and equipped with concentration befitting the fisherman and surfer that he is, he battered the ball at and through the off side for days at a time.”

Today, it is this renowned strength that he brings to bear on his business and philanthropic interests – strength of purpose, strength of vision, and the strength of character to see it through. Matthew’s management company, The Hayden Way, is the embodiment of his belief in doing good for others (except fast bowlers), with the list of projects and organisations supported including The Hayden Reynolds Tiwi College Project, Macquarie Group Sports Foundation, Prostate Cancer Foundation Australia, Ronald McDonald House and Foodbank. Storyline, the strategic, creative and production arm of The Hayden Way, is a companion business underpinned by the philosophy of the Virtuous Circle – that being a good corporate citizen and giving back with purpose and genuine commitment can be an integral part of the way businesses do business (and profit by it).In corporate life, Matthew is a brand ambassador for a range of carefully hand-picked companies that all have one thing in common – in their own way, they are each trying to do good for others – whether it be for their customers, their community, or both. An experienced and enthusiastic orator, Matthew is also much in demand across Australia and around the world, speaking on topics ranging from philanthropy and sustainability, to media, leadership, business and team work.

For several months of each year he continues his involvement in cricket with broadcast work in India, a place he considers his second ‘spiritual home’. His deep and abiding love for India, its people, its places and its culture, is something that continues to grow with each visit.

In 2010, the year following his retirement from cricket, Matthew was awarded the Member of the Order of Australia (AM), in recognition of his contribution to Australian society. The honour paid tribute to Matthew’s service to both cricket, and to the community, through support for a range of health, youth and charitable organisations. In 2014 he was inducted into the Queensland Sports Hall of Fame, and in 2017 was bestowed the same honour by the Australian Cricket Hall of Fame. While his legacy to the game he so loves is rightly assured, it is his greater legacy that is now the core focus of his life and the way he lives his values. At the very heart of Matthew’s life is family. And through and with his family he is able to indulge and share in his many passions: cooking, gardening, fishing, surfing, outdoor adventure.

And, of course, cricket.

Appointed for services to cricket, and to the community through support for a range of health, youth and charitable organisations 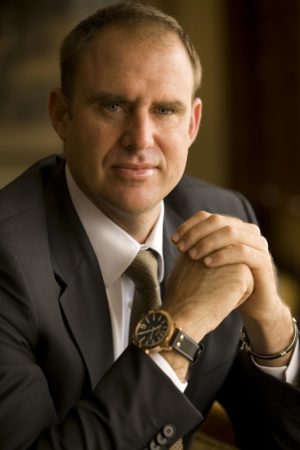